A new video has appeared online that explains why Paralives chose to use Patreon for their funding.

In the new video that was recently posted on the official Paralives Youtube channel, fans of the upcoming game can now learn more about the team’s development strategy along with a brief history of the Paralives project.

Voiced by Paralives 3D Artist Léa Sorribès, the video reveals some new information about why the studio is relying on Patreon to create their dream simulation game, along with details about their long-term goals.

While the video does not explicitly highlight “Paralives Studio” as the new studio name, it is the first time it has been mentioned to the wider public, and it signals that the Paralives project is making rapid progress.

Paralives’ Patreon has grown to over $28,000 in monthly funding.

It comes after the successful Parafolk reveal event which was premiered last week, where the highly anticipated design of the game’s characters was shown to the public for the first time. As a result, there was a surge of new members that joined the game’s Patreon in which supporters choose one of five new tiers to pledge.

The Paralives team is set to expand by 4 new developers.

Due to the recent success of Paralives, we expect to see 4 new developers join the team.

No set dates have been mentioned yet, but it can be assumed that the studio will be hiring in the upcoming weeks. The new roles will include two new programmers to help with the game’s core functionality, an additional 3D artist, and an animator.

So, what do you think of these new developments? Are you surprised by the increase in supporters now that Maggie has been revealed? Are you excited for Paralives now more than ever? Share a comment below, or join our awesome fan forums! 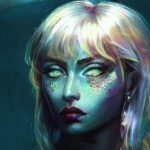 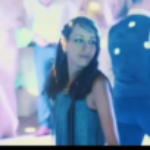